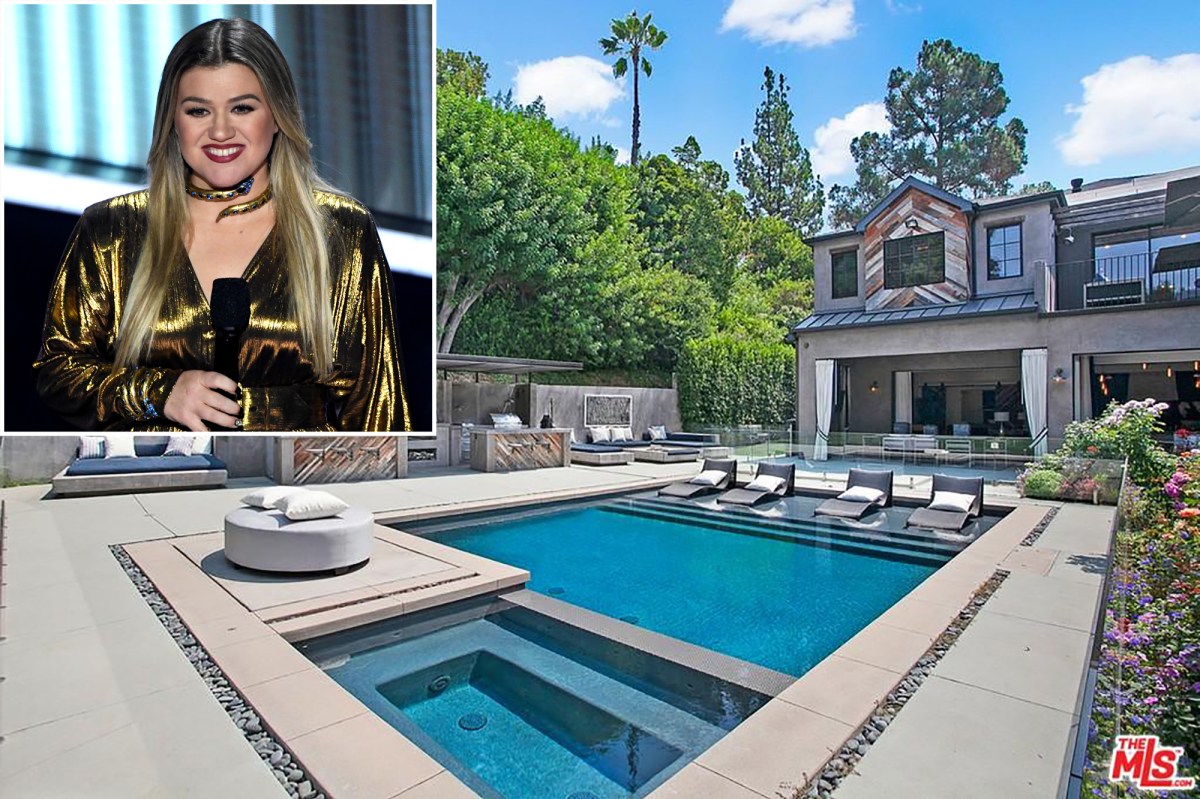 Kelly Clarkson is fully letting go of her past by re-listing the final home she shared with her ex, Brandon Blackstock, for $9 million — shaving a million dollars off her original asking price.

The Encino home was first listed back in May 2020 for $10 million — one month before Clarkson, 38, filed for divorce after seven years of marriage. She initially bought the home in June 2018 for $8.5 million after landing a spot as a judge on the singing show “The Voice.”

The modern rustic home spans nearly 10,000 square feet with eight bedrooms and 10 bathrooms. The main suite is comprised of high-pitched beams, a fireplace, a private patio, a lounge area and a huge walk-in closet.

Custom-built in the upscale Royal Oaks neighborhood, the home boasts high ceilings and sliding walls of glass. Amenities also include a home theater, a gym and a wine room.

The property also comes with a two-story guest house that has a full kitchen and two full bathrooms.

The outdoor area is situated on park-like ground with palm trees surrounding the gated area. It includes a sparkling pool, spa, built-in lounge, firepit and fully equipped kitchen with a pizza oven.

Clarkson also slashed the price of her Tennessee home by more than a half-million dollars on Jan. 6.

In late November, Clarkson won primary custody of her children — River Rose, 6, and Remington, 4 — with Blackstock. A Los Angeles judge agreed to the current custody arrangement while the divorce is in progress, saying the pair was having “a difficult time co-parenting due to issues of trust between them.”

In October, Clarkson alleged that Blackstock, 44, acted fraudulently as her manager. But Blackstock has denied defrauding his estranged wife out of millions.