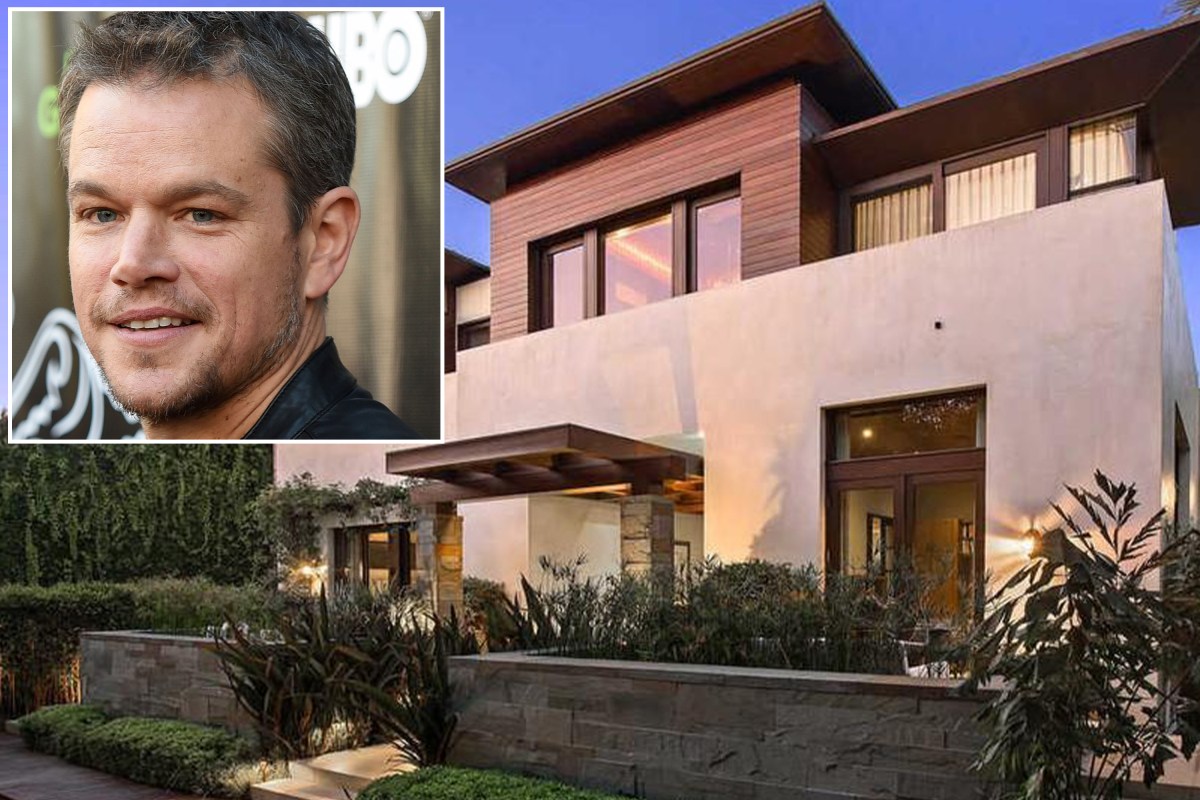 While most people these days are swapping the Big Apple for a sunny state, Matt Damon appears to be doing the opposite.

The actor just listed his glorious Pacific Palisades, California home for a whopping $21 million so he could move back to the East Coast for good.

In an interview with the Wall Street Journal, listing agent Eric Haskell of the Agency explained how Damon, 50, decided to make New York City his primary home for him and his family.

In 2017, Damon bought a $16 million penthouse in Brooklyn Heights.

“They really love it there, even with everything going on with COVID,” Haskell said.

And while they found a new city to call home, they left behind the Zen life. The property stands at a grand 13,508 square feet. The 0.68-acre estate is considered among the most spacious homesites in Upper Riviera.

The seven-bedroom, nine-bathroom home is situated on an ultra-private street for optimal security.  It was listed on Jan. 19.

Bathed in natural light, the estate boasts a central atrium with a mahogany ceiling, open family rooms for optimum sunlight and a chef’s kitchen with top-notch appliances. The property includes an expansive resort-style backyard with a pool, spa, waterfall, koi pond and lanai for alfresco dining.

Amenities include a game room, bar, gym, media room and an office. It also includes separate staff quarters and a wine room. The primary suites come with dual dressing rooms and a spa-style bath.

The home offers complete serenity and is moments from the Palisades Village and Riviera Country Club.