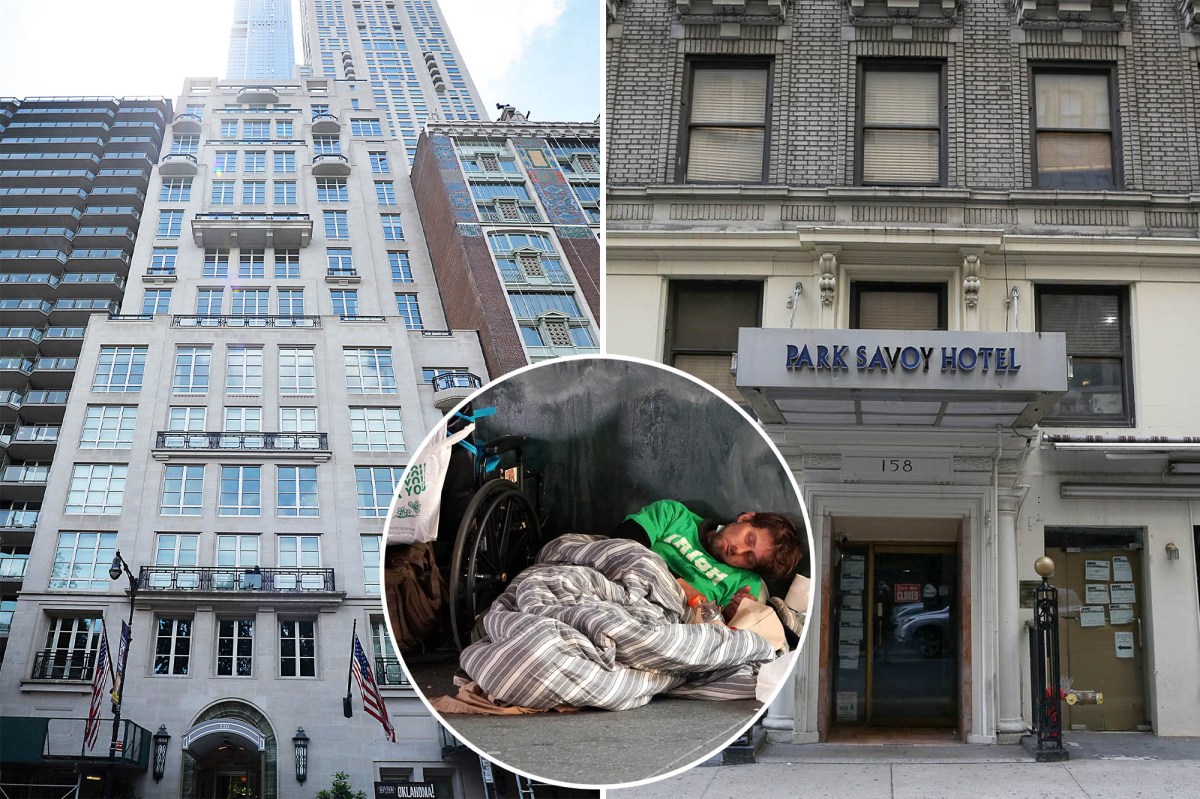 It’s a tale of two cities.

A mystery buyer spent $157.5 million on two condos at 220 Central Park South, the most expensive apartment building in the nation, according to property records (the sale was first reported by the WSJ).

Both units we resales.

It’s the biggest deal of the year so far. But the building’s back entrance is on W. 58th St. — a block away from the Park Savoy Hotel, which will become a homeless shelter for 150 men.

The buyer plans to combine both apartments, an insider told The Post.

The sellers turned quite a profit.

This is the same building where hedge funder Ken Griffin paid $238 million for a quadruplex in the middle of the building — the most expensive residential sale in the US. Sting also owns at 220 Central Park South.

Central Park Tower, farther away at 217 E. 57th St., has already added extra security because it also has a West 58th St. entrance — and that has become part of the sales pitch, brokers said

“Maybe it’s a good thing that people who are at the top of the food chain get to see people at the bottom,” broker Dolly Lenz said. “Eyes that can’t see, can’t feel when you live in your own bubble and we are all a little guilty of that.”

Mortgage rates drop, but not enough for priced-out homebuyers
Real Estate Negotiations Under Each Market Condition | Real Estate Negotiation
Homeowners got $2 trillion richer during the first three months of the year
BUYING MY FIRST COMMERCIAL REAL ESTATE PROPERTY FOR $1 MILLION | Part 1
The Housing Market Is About To Flip