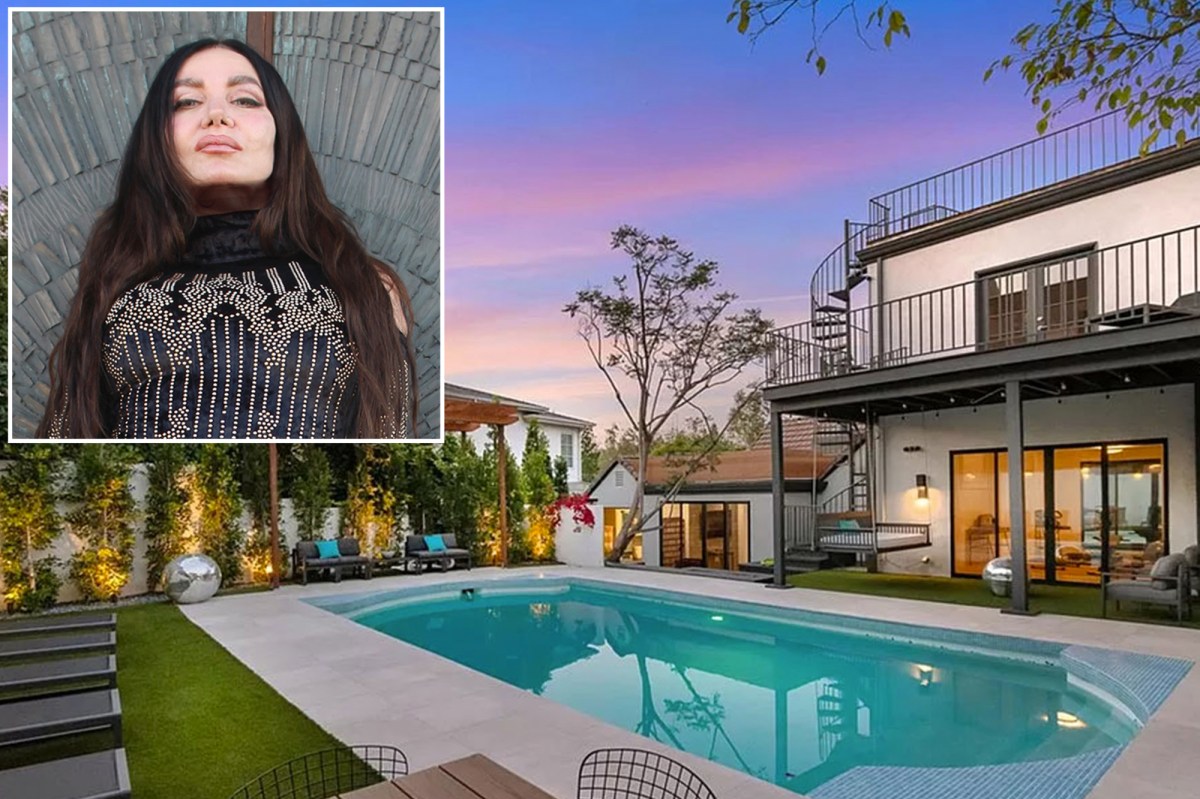 Singer-songwriter/producer Betty Moon — whose latest album, “Cosmicoma” is on Spotify — has listed her Holmby Hills, Calif., home for $10.45 million.

The Los Angeles property on Wyton Dr. comes with major Hollywood pedigree, as it was once home to Cary Grant.

This is not to be confused with Moon’s Malibu beach house, which she has rented out to “Friends” star Matthew Perry, as well as to rapper Cardi B, and actor Taraji P. Henson, for around $35,000 a month, as Gimme previously reported.

The 7,371-square-foot home features eight bedrooms and 10 bathrooms, and sits on half an acre.

Moon bought the corner property for $4.6 million in 2019 from “Revenge of the Nerds” producer Peter Samuelson.

Previously, it had been owned by the wife of  LA Lakers co-owner Frank Mariani, according to the Los Angeles Times.

Moon tells Gimme she has spent the past two years plus renovating the home — including during the pandemic.

“It’s been one of the hardest projects of my life,” Moon said. “We managed to combine contemporary elements while keeping the charm of the original home.”

Past and present residents in the area include Adam Levine, Ellen DeGeneres, Sean “Diddy” Combs and Jay Z and Beyoncé.