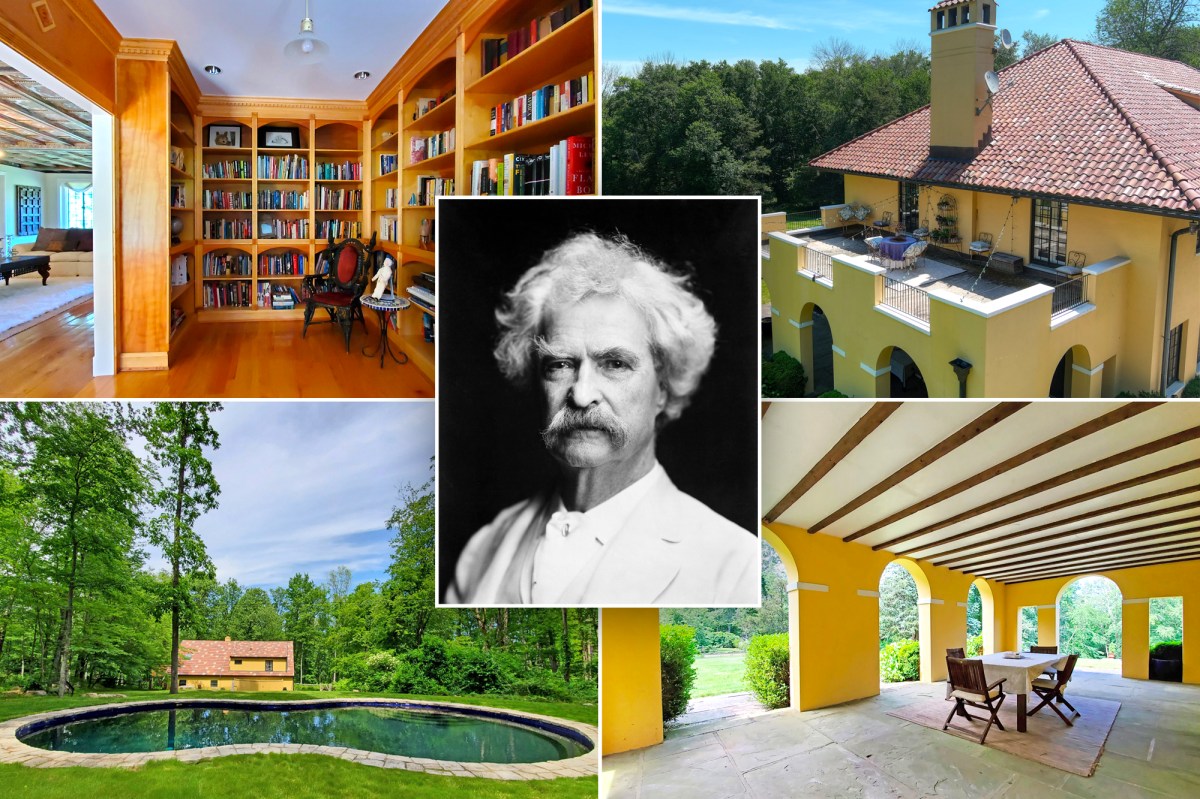 Mark Twain’s final published story, “Captain Stormfield’s Visit to Heaven,” tells the tale of a man whose dreamy idea of the celestial kingdom is upended when he arrives. But perhaps the Connecticut home where the famed writer spent the last two years of his life — and a property that’s named after that story — can be someone’s paradise.

A Tuscan villa-style spread in the Fairfield County town of Redding, which Twain — born Samuel Clemens — built and resided in until his death in 1910, has listed for $4.2 million, the listing brokerage told The Post.

The mansion gets its Tuscan look thanks to Twain’s extensive travels in Italy.

Twain’s original home burned down in 1923, years after his death. But builders constructed a new property on the grounds in 1925 — retaining the home’s terraces, stone walls, stone pillars and gardens.

The main house has space for a fifth bedroom, five full bathrooms, a powder room, as well as three fireplaces. Listing images show Italian touches, such as a coffered ceiling, a foyer with arched ceilings and oversize windows that offer good exposure to natural light. Other touches include a formal dining room that looks out to a stone terrace and the lawn and, naturally, a library.